The Catherine Hannah Behrend Fellowship is no longer accepting applications and is being reimagined for the future.

Fellows receive additional exposure and training through the Women inPower Fellowship program, which provides senior female leaders across all major industries with professional development workshops and the networking and support they need to advance to the next stage of their careers. 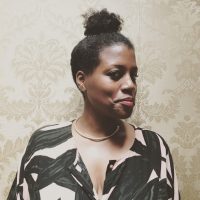 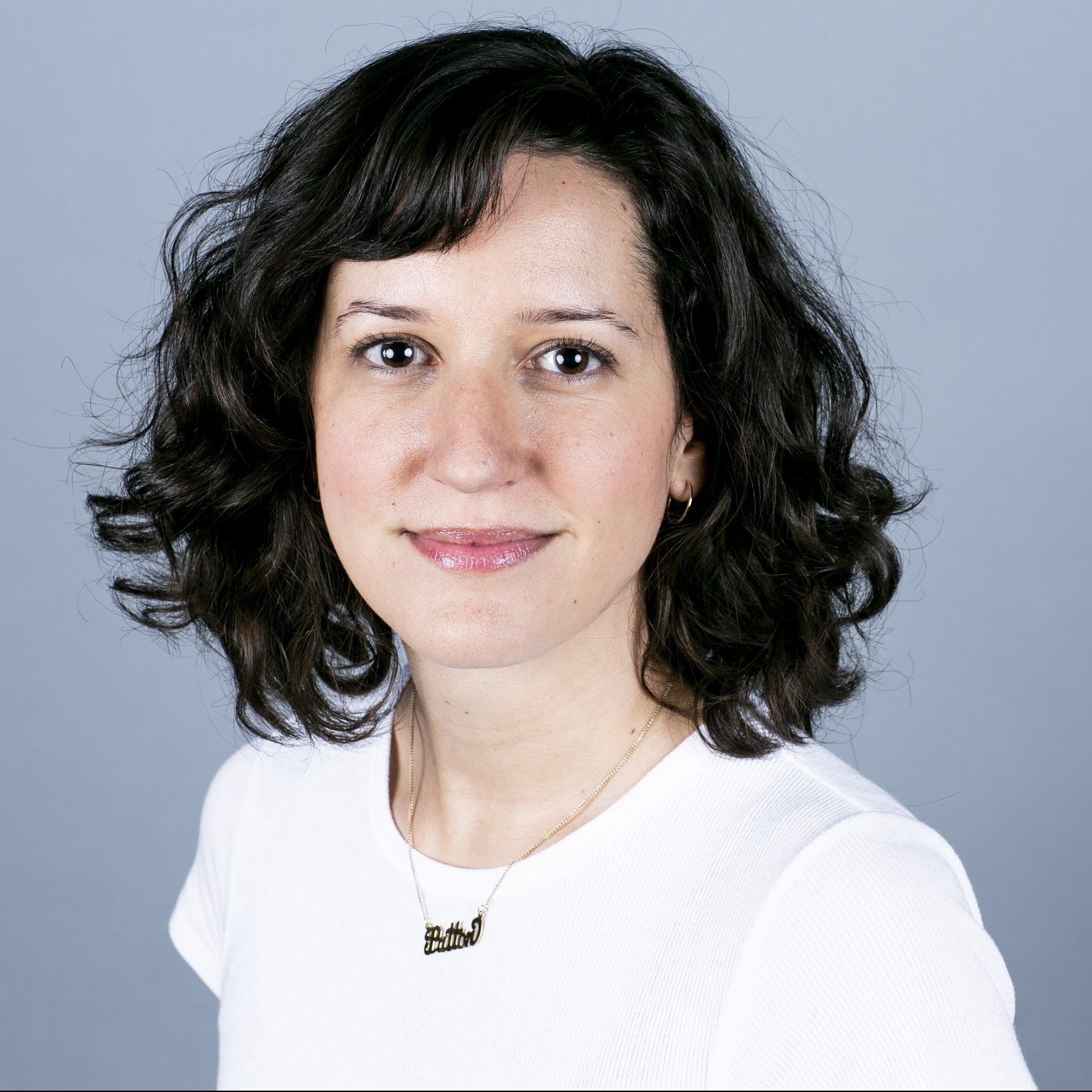 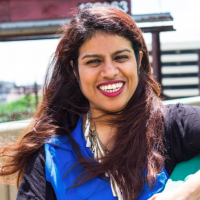 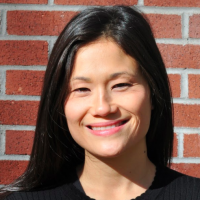 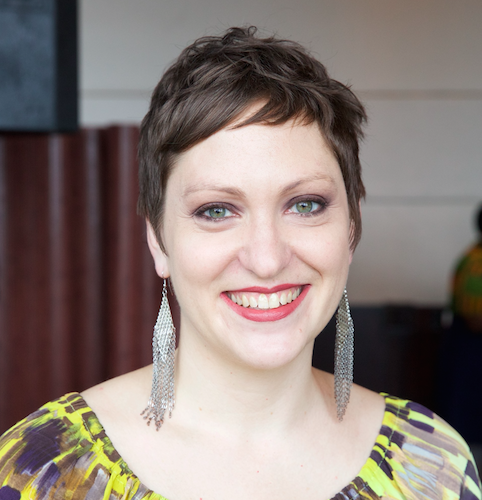 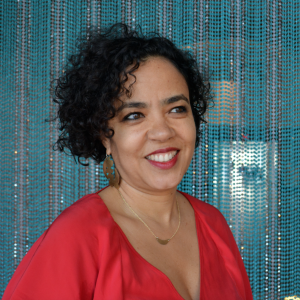 The Catherine Hannah Behrend Fellowship is supported by Catherine Hannah Behrend, who is a current NYU and FIT Graduate School adjunct professor, the founder of Ventures in Vision art tours, and a longstanding 92Y Board member, and who has had a distinguished career of public service in both the arts and economic development under six NYC mayoral administrations.

Patton Hindle is the Senior Director of Arts at Kickstarter where she oversees the Arts and Performance Arts team, whose specialists work closely with visual and performing artists, arts organizations, museums and cultural institutions around the world to help them realize creative and ambitious ideas. Hindle was previously the co-founder of Chinatown gallery, yours mine & ours and the Director of Gallery and Institutional Partnerships at Artspace. She is a co-author of the second edition of How to Start and Run a Commercial Art Gallery. Hindle was raised in London and attended university in Boston.
Close

Stephanie Baptist is an independent cultural producer and curator. She lives in Brooklyn where she founded the contemporary art gallery and project space, Medium Tings. She has previously served as Program Director for En Foco, a Bronx based non-profit photography organization and as Head of Exhibitions and Public Programs for Tiwani Contemporary an art gallery in London. She has edited several publications such as: Rotimi-Fani Kayode (1955-1989), and Simone Leigh and Njideka Akunyili: I Always Face You Even When It Seems Otherwise, and has served as contributing editor and correspondent for online platforms Another Africa and Contemporary And. She is on the Board of Advisors for contemporary art gallery Boys’ Quarters Project Space in Port Harcourt, Nigeria. Stephanie holds an MA in Arts Administration and Cultural Policy from Goldsmiths University of London.
Close

Marissa Gutiérrez-Vicario is the Founder and Executive Director of Art and Resistance Through Education (ARTE). As a committed human rights activist, artist, educator, and advocate for youth, Marissa launched ARTE in 2013 to help young people amplify their voices and organize for human rights change in their communities through the arts. Marissa holds an M.P.A. from the Wagner School of Public Service at New York University, and an Ed.M. from the Harvard Graduate School of Education. Currently, Marissa serves as an Adjunct Lecturer at the City College of New York in the Art Education Department.
Close

Holly Shen is the Deputy Director at the San José Museum of Art. Prior to that she was Director and Curator of Visual Arts at BAM (Brooklyn Academy of Music), where she organized a broad range of exhibitions and interdisciplinary programs. In 2016 she co-founded Forward Union, a new platform connecting artists and art workers with critical social justice organizations. Ms. Shen was also an adjunct faculty member at FIT, SUNY, in the graduate program for Art Market Studies. Ms. Shen was formerly a curatorial liaison for Artsy and a collections manager at SFMOMA. She holds a BA in art history from Georgetown University and an MA in art history from the Institute of Fine Arts at New York University.
Close

Adjoa Jones de Almeida is the Director of Education at the Brooklyn Museum. After graduating from Brown University in 1995, she received a Fulbright scholarship to research community schools and cultural identity in Bahia, Brazil. In 1996 she moved to Brooklyn, NY where she helped to create Sista II Sista (SIIS), a women’s collective dedicated to supporting young women of color in developing personal and collective power. In 2005, she earned her Master’s from Columbia University/Teacher’s College in International Education Development where she focused on popular education movements. From 2006-2013 she lived in Arembepe, Bahia where she co-founded a community based organization, Diáspora Solidária, committed to social & environmental justice, artistic expression and youth development. She began her work at the Brooklyn Museum in 2013 as Museum Educator. She was the School Partnerships Coordinator from 2014-2015, became the Museum Education Fellowship Coordinator from 2015-2016, and was promoted to Director of Education in November 2016.
Close

Elizabeth Gwinn is the Communications Director at The Studio Museum in Harlem. In this role, she leads a broad range of strategies encompassing content production and distribution. Working with a communications team of four and a broad range of Museum departments, she oversees media relations, marketing, and branding; manages print and digital initiatives including the award-winning, biannual Studio magazine, studiomuseum.org and social media; and leads a cross-departmental editorial process to facilitate effective and engaging institutional messaging. Liz received a MA in Museum Studies from NYU and a BA in Human Ecology from the College of the Atlantic. In addition to her ever-evolving work at the Studio Museum, where she started as Executive Assistant to Director and Chief Curator Thelma Golden in 2006, Liz has worked as a Development Associate at the ICA Boston, Biennial Intern at the Whitney Museum of American Art and held numerous part-time, volunteer, temporary, and intern positions for artists and organizations including Exit Art, Performance Space 122, the Boston Lyric Opera, the Brooklyn Museum, Mierle Laderman Ukeles (artist in residence at the New York City Department of Sanitation), NYU’s Program in Museum Studies, Creative Time, and the City Reliquary Museum and Civic Organization. She received the American Association of Museum’s Public Relations and Marketing Committee Fellowship in 2010. Liz enjoys knitting, yoga, travel, and imbibing cleverly-named cocktails at museum restaurants.
Close
X